We use first-party (own) and third-party cookies to improve our services and show you advertising that matches your preferred interests based on the evaluation of your navigation habits. If you keep on navigating, we shall consider that you accept this use. You can change the configuration or get further information here.

You can accept all cookies by pressing the ACCEPT button, configure them in the CONFIGURE COOKIES button or reject their use in the REJECT button

From this section of cookies configuration, we offer you the possibility to configure the permissions to them. Please note that the voluntary exclusion of some of these cookies may affect your browsing experience. 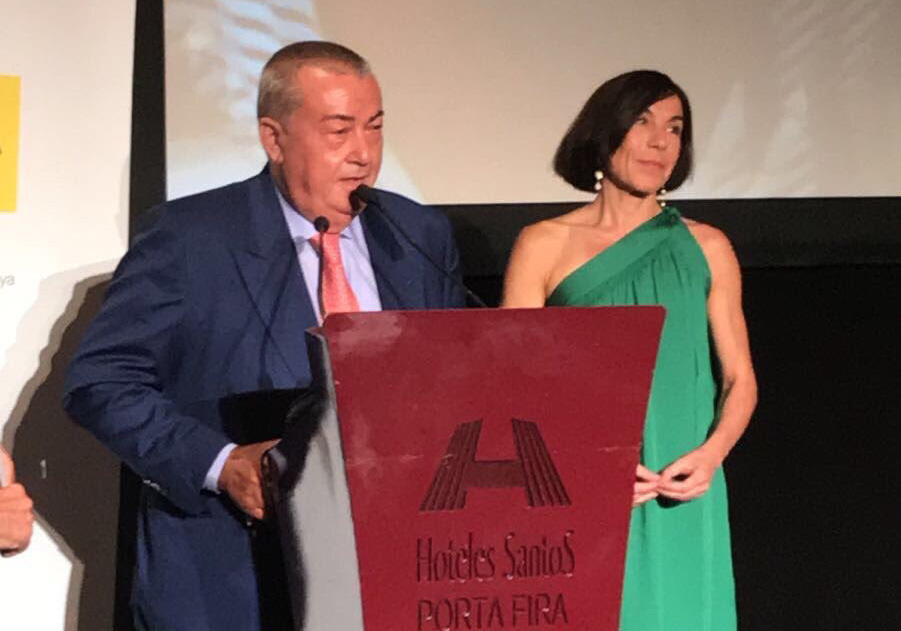 The Catalan Association of Journalists and Writers of Economy and Tourism (ACPETUR) have awarded Sidetours Incoming Services the Best Touristic Trajectory Award, awarded by this association every year.

The president of Sidetours, Bernardo Quetglas, received the award from the General Director of Tourism of the Balearic Islands, Pilar Carbonell, in the XXII Ali Bei Tourism Awards, called the 'Nit del Turisme de Catalunya'. The awards ceremony was attended by more than 500 people held at the Hotel Porta Fira de L'Hospitalet.

These awards are given to individuals, companies or entities that by their evolution, work or distinction stand out in the tourism, economy and gastronomy world

In the event, organized by the Association of Journalists and Writers of Tourism and Economy (ACPETUR), representatives of institutions and professionals from journalism, hotel and tourism like Núria Marín, mayor of L'Hospitale; The General Director of AENA, Fernando Echegaray; The General Director of Tourism of Illes Balears, Pilar Carbonell, among other authorities. The event was chaired by the president of ACPETUR, Professor Domènec Biosca.